The epidermis, the top layer of skin, is harmed by exposure to the sun in addition to the danger of skin cancer. 90% of the signs of skin ageing, according to researchers, are attributed to exposure to the UVA and UVB rays of sunshine. This harm accumulates over time and manifests as wrinkles, age spots, and apparent redness. Another effect of sun exposure is that it can make people squint or frown in an effort to block out the intense light, which leads to wrinkles around the eyes and between the brows. If you're going to be outside in the sun, use broad-spectrum sunscreen with at least SPF 30, and don't forget your sunglasses!

The nicotine in cigarettes (or e-cigarettes) causes the tiny capillaries that carry blood to the skin's surface to constrict, which prevents the skin's ability to regenerate cells and rid it of contaminants. Additionally, it releases an enzyme that degrades the crucial collagen and elastin your skin needs to stay youthful-looking. The smoke from cigarettes contains hundreds of poisons, all of which circulate in your system. It is also generally known that smoking prevents the skin from healing after a wound.

Every area of your body suffers from stress, but the damage is most obvious on your skin. Patients frequently inform us that stress makes their eczema, dandruff, and other diseases worse. On the other hand, multiple studies have demonstrated that those who engage in deep relaxation techniques like meditation heal more quickly. Lymphatic system cleansing is facilitated by slow, deep breathing from the abdomen. Additionally, the increased blood flow increases cell renewal and the production of the collagen and elastin needed to reduce wrinkles.

Foods heavy in fat, refined flour, and processing can aggravate skin, lead to breakouts, and degrade the collagen and elastin your skin needs to look younger. A Dermatologist in Lucknow suggested five servings of fruits and vegetables each day. Additionally, pay attention to foods rich in omega-3 fatty acids, which not only nourish the skin but also serve to plump it up, hence decreasing wrinkles, such as salmon, avocados, walnuts, olive oil, and flaxseeds. The majority of foods that are white in colour should be avoided, including white bread, pasta, sugar, and potatoes. Choose colourful items from the outside of the grocery store instead.

Sugar has its own category because it not only harms the cardiovascular system (and, subsequently, the skin) in the same way that smoking and fatty meals do but also because it affects collagen, the component that maintains skin and prevents wrinkles, through a process known as glycation. To put it another way, sugar actually binds to our collagen, turning it crispy rather than supple, resulting in a dry, cracked, sagging, and wrinkled appearance.

Drinking serves as a diuretic, drawing water from your body, which can cause excessive alcohol to dry up your skin. Additionally, it can irritate the skin's surface, resulting in the capillary enlargement that gives people a rosy complexion and makes rosacea worse. Keep in mind that anything you put into your body will manifest itself on your skin. Due to its antioxidant and resveratrol content, red wine in moderation might be the sole exception to this rule. But it's preferable to save the beer and booze for special events.

Overproduction of cortisol, a hormone that prevents skin cells from renewing themselves, is a side effect of insufficient sleep. The ideal amount of sleep per night is seven to eight hours.

The American Academy of Dermatology (AAD) cautions that frequently frowning as well as sleeping on your side or stomach each night can leave permanent wrinkles on your cheeks, chin, and chest. Although getting good sleep is more important than getting no sleep, the AAD advises resting on your back whenever possible.

Exercise infuses the skin with oxygen-rich blood, stimulating the creation of new skin cells and aiding the replacement of aged skin cells. Additionally, it encourages lymphatic fluid circulation, the body's method of eliminating waste and providing nutrients. Even a brisk walk is beneficial for your skin when you exercise.

Best skin clinic in Lucknow, Generally speaking, gentler is preferable when it comes to skincare. You don't need to use abrasive scrubs, but you do need to wash your face twice a day to get rid of the toxins from the environment thatyou are exposed to on a daily basis. Natural exfoliants that are too harsh might dehydrate the skin naturally. 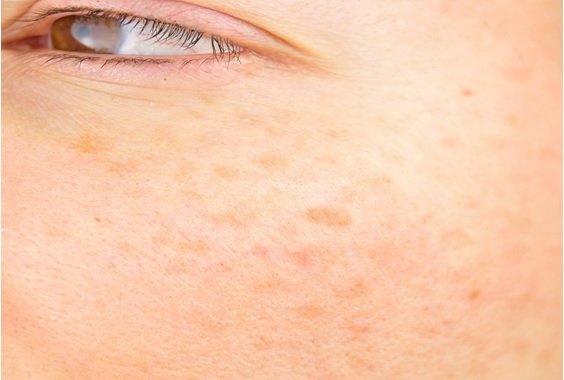